“SFI shows youth today that they have the power to create a positive impact in their communities while giving them the tools they need for success in and beyond their classrooms.”

“Classroom to Courtroom” is a 4 episode podcast that takes you through the school-to-prison pipeline. Produced, hosted and lead by 5 local high school students, the podcast was a great way for the students to connect with others who share the same passions for criminal justice. Interns Max and Cameron started off meeting with Youth Peace Leaders Ciana, Taylor, Lucas, Ty and Henry at a Starbucks in the north county neighborhood of San Marcos. With all of the Thread’s Youth Peace Leaders residing in North County, this location was convenient for them. We discussed what our goals would be and decided that we wanted to educate people on what was really going on inside our local youth detention facilities. We were so excited to have Youth Peace Leaders who were really passionate about telling a story and decided that whatever our project would be, we wanted to incorporate narrative into the project.

All of the Youth Peace Leaders came ready with information that they had researched on their own and wanted to talk about with the Thread. Because the topic of Juvenile Justice is so broad, we spent the rest of the first meeting narrowing down the aspects we wanted to focus on. We finally decided our next team meeting should include our Mentor, who could give us valuable insight on the different aspects that we were most interested in. With his input, we would be able to pick an area to focus on and then start to develop the project from there.

That next Thursday, we met with our Mentor Bobby Ehnow, Director of Restorative Justice at the Catholic Diocese of San Diego. Bobby was gracious enough to let us meet on a weekly basis in his office. Because our Youth Peace Leaders were doing so many other fun things this summer alongside their social change projects, it was sometimes hard for people to make it in person to every meeting. Thankfully, we have Skype! We started off the first meeting by doing a restorative circle and picking our own talking pieces. We all got to know each other a little more and talk about why this topic of juvenile justice was so interesting to us as individuals. We asked Bobby to help us pick one project idea from the many great ones!

Because we decided to use narrative, we naturally gravitated towards the idea of a documentary. Working through that idea, we decided that having people tell their stories on camera might make them uncomfortable because it can be such a serious issue.  The group then suggested we produce a podcast instead! It’s a great way to tell stories while not putting anyone on camera and keeping anonymity for those who’d appreciate the privacy. The Thread was so excited to have a final project idea in mind! As we got to know each other more and more, we learned about our strengths and what roles we saw ourselves fitting into. We had Youth Peace Leaders who wanted to be interviewers, audio editors, and question writers. We got lucky enough to have Tina Medina, the SFI Program Officer, stop in on our next meeting and help us develop our storyboard.

Tina and Bobby helped us pick what kind of interview subjects we’d like to have and provided us with a list of contacts to reach out to! The Youth Peace Leaders got to pick their interview partners and interview subjects, and started writing questions based on each interviewee’s occupation and connection to the school-to-prison pipeline. Aptly named “Classroom to Courtroom,” our podcast sought to educate individuals on the school-to-prison pipeline through testimonials and interviews with those connected to the pipeline, as well as to inform the public on restorative justice, its use, its effects, and how it’s being used in the criminal justice system today.

Problem Statement: Statistics have shown that there is a disproportionate amount of juveniles in the correctional system, indicating that the current school system acts as a funnel that pushes students from their school to detention facilities, potentially with little regard to outside factors that may be at play.

‍
Goal: We seek to shed light and educate the public on the realities of the current juvenile justice system in America, a system that currently creates stereotypes and cycles of imprisonment. Through storytelling, we’ll highlight disparities that plague incarcerated youth before, during and after their sentences. We’ll speak to individuals with strong connections to the school-to-prison pipeline for insights on a crippling system that appears to prepare students for incarceration. We’ll dive deeper into the meaning of restorative justice, its benefits, how it is utilized in our justice system, and how the classroom uses this practice as well. 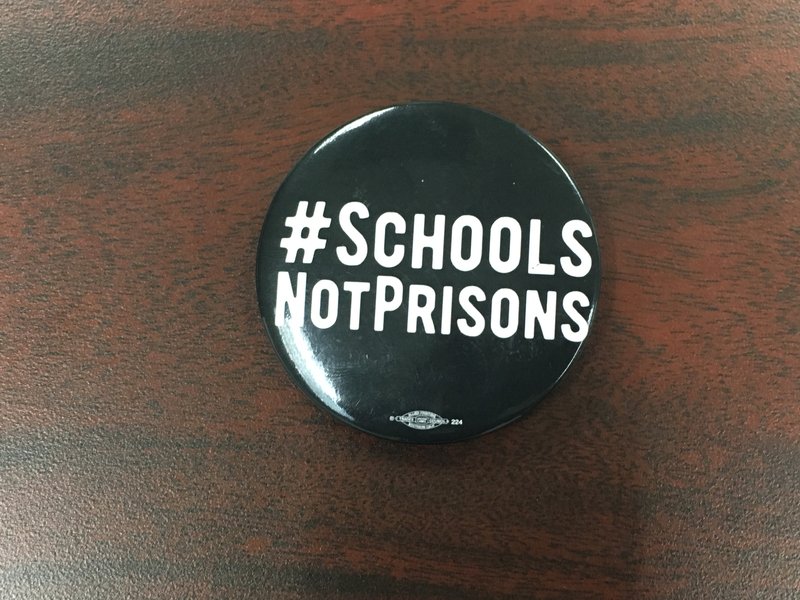 “There’s a lot of different ways we can choose our trajectory in life.”-Anonymous interviewee and formerly incarcerated youth

The Youth Peace Leaders began writing their questions and submitting them for editing. Once those questions were finalized, they started contacting their interview subjects, introducing themselves and the project, and scheduling the interviews. Once again, personal schedules made for a challenge. We not only had to coordinate with our group members, but we had to coordinate with our interview subjects as well. We decided to take our own equipment, an iPhone and a small mic, to them and meet those subjects at locations of their choosing. Bobby was an amazing resource and put us in contact with Mary Acosta, a Victim Offender Dialogue (VOD) Moderator at the San Diego Restorative Justice Mediation Program.  Lucas, Cameron and Max travelled to her office and got to ask her many questions about VODs and Restorative Justice. They learned about how dialogues are used in cases like burglary, robbery, and even murder. This first interview helped shaped our questions and interview strategies for our project.

Next, Ty worked hard to reach out to current contacts while finding his own. He was able to schedule an interview with Stephen Moore, the Vice President of Programs at Voices for Children, a non-profit that assigns special advocates for foster youth. Because of the disproportionate amount of incarcerated individuals with connections to the foster system, we thought it would be important to cover this topic with help from such an informative source. In Ty’s Interview, we learned about foster youth, some of the misconceptions about them, and how the organization aims to help navigate the courtroom. Because the classroom itself is a major component of the pipeline, Henry also spoke to Ted Cuevas. Ted is a local high school Math and Physics teacher who talked to us about using restorative justice in the classroom and how he sees the school-to-prison pipeline in his own community. Ted was such a pleasure to interview and offered amazing insights into being a teacher while sharing his ideas on  how to disrupt the pipeline before it even starts.

We finished our series by interviewing an individual who had been incarcerated for four years when he was a teenager. Please note: although the interview with this incredible person provided great insight to juvenile justice and incarcerated youth, we have had to remove the interview from the podcast because of the impact it had on him and his family since the podcast aired. As a formerly detained juvenile from ages 13-20, this interviewee was a wealth of information on what life looks like for those involved in the pipeline and how they can get trapped in it in the first place. He graciously told his story - how he was a product of social faults, and how he was able to turn his life around. We were grateful for the courage he had to tell his story and we are sorry to our listeners that they will be unable to hear it.

Interestingly enough, though his interview was the last of the series, it was actually conducted during our first day of interviews. This interview was also the only interview we were able to perform on USD’s campus. The media lab technician set us up with professional recording equipment and showed us how to edit our audio files. With our interviews done, we got to editing, and in a single afternoon, we were able to edit and upload every episode of “Classroom to Courtroom” to Soundcloud!

Because the Youth Peace Leaders did such a great job with the interviewing, editing mainly consisted of shortening long pauses, adding intro and outro music, and cutting out the “umms.” Originally we had attempted to have the Youth Peace Leaders pair up for interviews, but because of scheduling, we were only able to have one interviewer. We had hoped to produce 10 interviews but unfortunately were not able to secure as many interview subjects as we had intended in such a short amount of time. Thankfully, because of our Youth Peace Leaders and interview subjects who had such great information to share, we were  able to put extra effort into each of our episodes and make them shine. Our Mentor Bobby put us in contact with his friend Jeff, a Police Officer with over 20 years of experience working with youth, to potentially conduct another interview. Even though SFI has officially wrapped for the summer, we’d like to conduct this last interview to gain the law enforcement perspective.

Here is our final product: Classroom to Courtroom!

While we were disappointed that we could not fit in all of our intended interviews, we were very happy with our results and are inspired by the Youth Peace Leaders’ dedication and willingness to learn. The Interns and Youth Peace Leaders of “Classroom to Courtroom” joined SFI to show how youth can create positive impact in their communities, and this summer we did just that. Through narrative, we educated the public on what really happens inside of the juvenile justice system, and how youth are pushed into the pipeline by societal adversity. We hoped to gain a new understanding of restorative justice practices while learning project management skills and how to effectively work in a team setting, and we are proud to say that the Youth Peace Leaders and Interns learned all of this and more.

We expected to come out of SFI with knowledge on how to manage these ideas, but SFI gave us the opportunity to conceptualize and develop small-scale projects with a budget! We learned how to effectively budget for our needs and allocated expenses to different parts of our project. If we were to do SFI over again, we’d probably try to stack more interviews in a single day. We found that 2 interviews a day was an effective way to manage the relatively little time that we had to complete our projects. 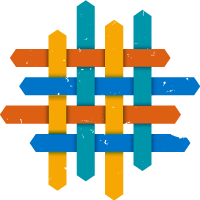